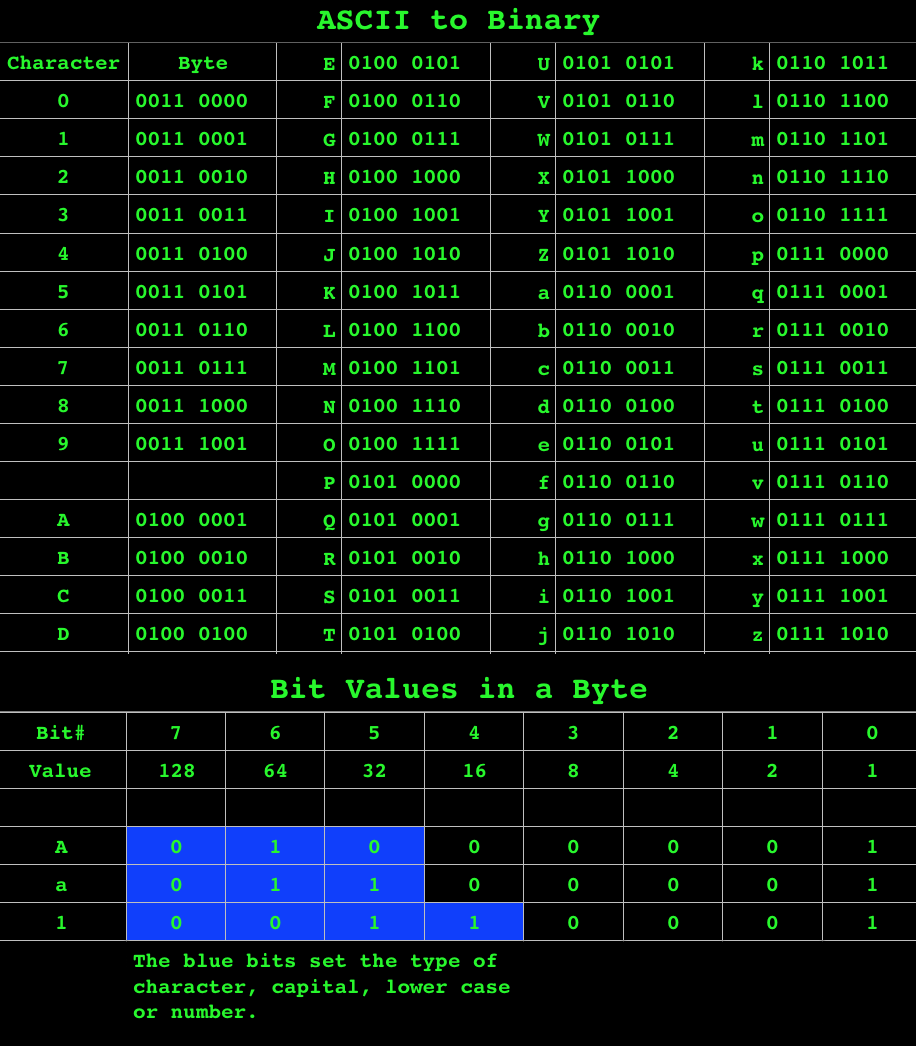 Anybody and everybody is welcome to take a quiz it's all free and open but only logged in users will have their results saved, receive detailed feedback and be able to participate in the leaderboards.

At the smallest scale in a computer, information is stored as bits. A bit can be either a 0 or 1 where 0 is off and 1 is on. In the computer everything from numbers and letters to pictures and movies is made up of bits. In a chip an on or off electric charge represents the state of a bit. If the charge is on the bit is a 1, if the charge is off the bit is a 0. In a hard drive spots of magnetism represent the state of a bit. If the spot has a north magnetism the bit is a 0 and if the spot has as south magnetism the bit is a 1. A bit is too small to be much use so a group of 8 bits together is used to represent things like letters and numbers, the group of 8 bits is a byte.

Bytes and Characters
Each character on a keyboard is encoded in a byte. The ASCII to Binary table above show the byte representation of the numbers 0 to 9 and the upper and lower case letters.

The same logic also applies for lower case and upper case letters but the first 3 bits set wether it is an upper or lower case letter and the last 5 bits specify what the letter is. We need 5 bits to specify the letter because there are 26 letters in the alphabet. If we only used 4 bits and they were all on the value would be 8 + 4 + 2 + 1, which equals 15 so we would only be able to specify up to the letter o.